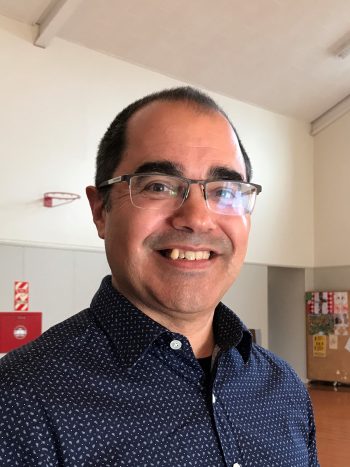 At a service on 6 December Rev Dr Brian D Lima was commissioned into the pastorate of the church by Rev Rick Pierce of the Northern Baptist Association.
Brian, originally from Massachusetts in the USA, is married to Jo, a Kiwi. The couple relocated to New Zealand at the start of 2020 when Jo was appointed as Associate International Director with missions organisation Pioneers. Prior to relocating to New Zealand the couple served in Thailand for 7 years, Jo with Pioneers and Brian teaching at a Thai-led bible college.
In the service, Mr Pierce pointed out that “this is a very significant and special occasion in the life of this church” and added that he felt very much at home in the church as he had served here for several months during his ministry training some 15 years earlier.
Brian says that he is excited with the opportunity to serve in Milford and is looking forward to becoming a vital part of the Milford community.
The church was established on its current site in Dodson Avenue in 1912. Brian is the church’s 23rd minister.